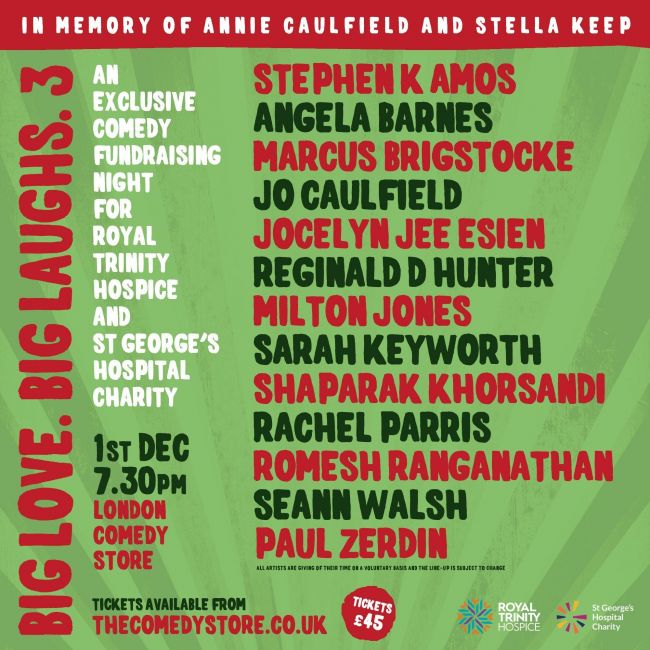 Live from the Comedy Store “Big Love, Big Laughs” will be the fourth time that the comics have come together with other big names on the comedy circuit to raise money for the charities through laughter.

To date, Jo Caulfield and Stephen K Amos have hosted the events at the Comedy Store in London and have raised over £50,000.

Joining Jo and Stephen is some of the UK’s biggest comedy names including Romesh Ranganathan, Seann Walsh, Milton Jones, Marcus Brigstock, Angela Barnes and so many more.

Money raised from the night will be supporting both St George’s Hospital Charity and Royal Trinity Hospice, two local charities that have a special connection to the comedians as they cared for their sisters, Annie Caulfield and Stella Keep, who were sadly lost to cancer. The Big Love, Big Laughs shows are held in their memory. Having seen first-hand the work of their chosen charities, Stephen and Jo are keen to not only raise money but also awareness of the great work carried out by such organisations.

Amerjit Chohan, Chief Executive of St George’s Hospital Charity said “We are once again thrilled to be involved with Big Love, Big Laughs. All the funds raised will go to our Thank You Fund, supporting the urgent needs of patients, their families and the staff who care for them, across our hospitals.

"A huge thanks to Stephen and Jo once again for their incredible support- we are so excited for the performance!”

Tickets are now on sale at www.thecomedystorelive.co.uk

To join the #TeamGeorges audience members use code unlockSGH21 at checkout.

So, what are you waiting for? Grab your tickets today! 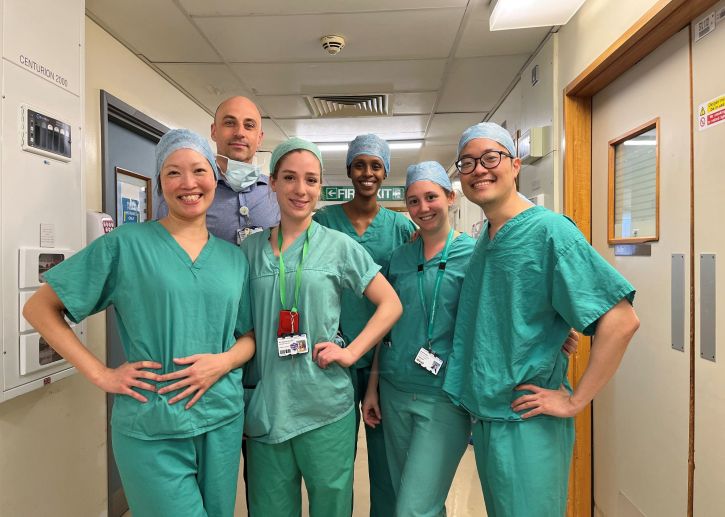 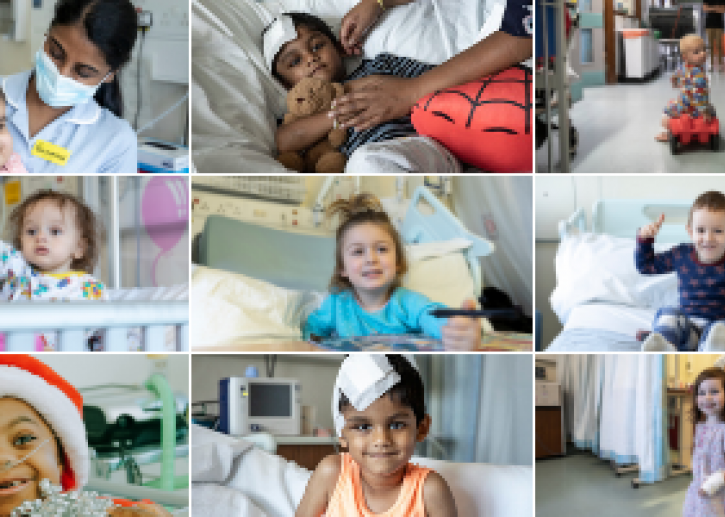 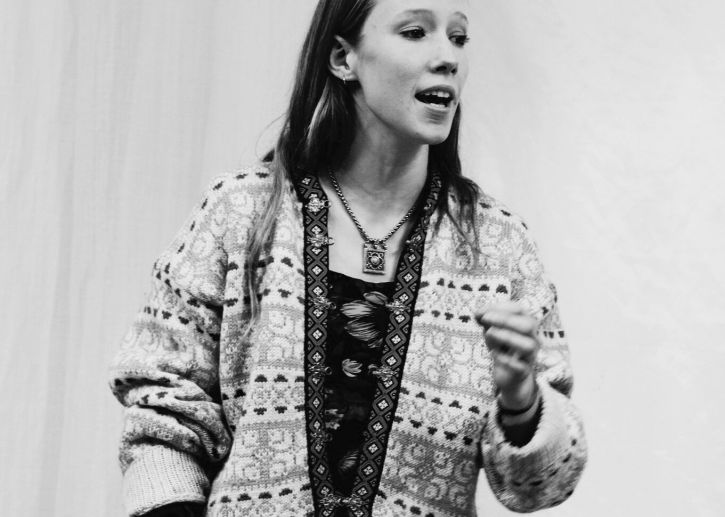 Following the success of our Staff Choir course in the Autumn, the Staff Choir initiative will return on the 28th April. Taking place on Thursday evenings, the Choir is fully funded by St George’s Hospital Charity and facilitated by our highly skilled Choir Leader, Georgia Duncan. We caught up with Georgia in advance of her first session!
Donate Now